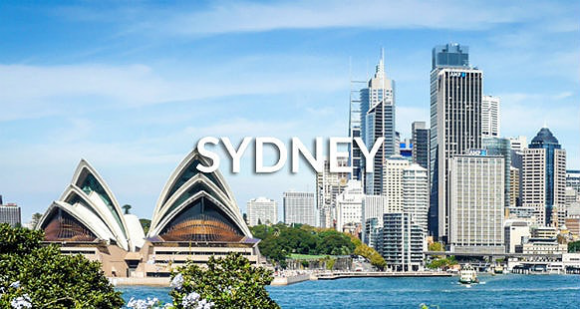 Sydney is the state capital of New South Wales and the most populous city in Australia and Oceania. Located on Australia's east coast, the metropolis surrounds Port Jackson and extends about 70 km (43.5 mi) on its periphery towards the Blue Mountains to the west, Hawkesbury to the north, the Royal National Park to the south and Macarthur to the south-west. As of June 2017, Sydney's estimated metropolitan population was 5,131,326 and is home to approximately 65% of the state's population.

Sydney is a city for physical enjoyment. Few great cities in the world offer such unrivaled opportunities for swimming, surfing, sailing, and other outdoor sports. It is still possible to swim from several beaches in the harbour itself—though water pollution remains a concern—and the surf beaches to the north and south of the city are world famous. One of these, Bondi, is a short drive from the city centre. Some of the beaches to the north of the city, especially those on the Palm Beach peninsula and in Manly, are exceedingly beautiful. The surf is good, though variable, and made comparatively safe by voluntary lifesaving clubs, which provide guards and rescue equipment on all beaches throughout the summer months. Sydney is also a city of yachting. On any weekend the harbour is covered with sails of every shape and size, while Pittwater, an inlet 15 miles (25 km) to the north, is almost equally popular.

Sydney has hosted major international sporting events such as the 2000 Summer Olympics. The city is among the top fifteen most-visited cities in the world, with millions of tourists coming each year to see the city's landmarks. Built attractions such as the Sydney Harbour Bridge and the World Heritage-listed Sydney Opera House are also well known to international visitors. The main passenger airport serving the metropolitan area is Kingsford-Smith Airport, one of the world's oldest continually operating airports. Established in 1906, Central station, the largest and busiest railway station in the state, is the main hub of the city's rail network.

The electricity supply in Australia operates at 230 volts / 50 Hz, the same as in the United Kingdom. However, the wall sockets are different and an adapter is needed. 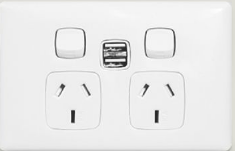